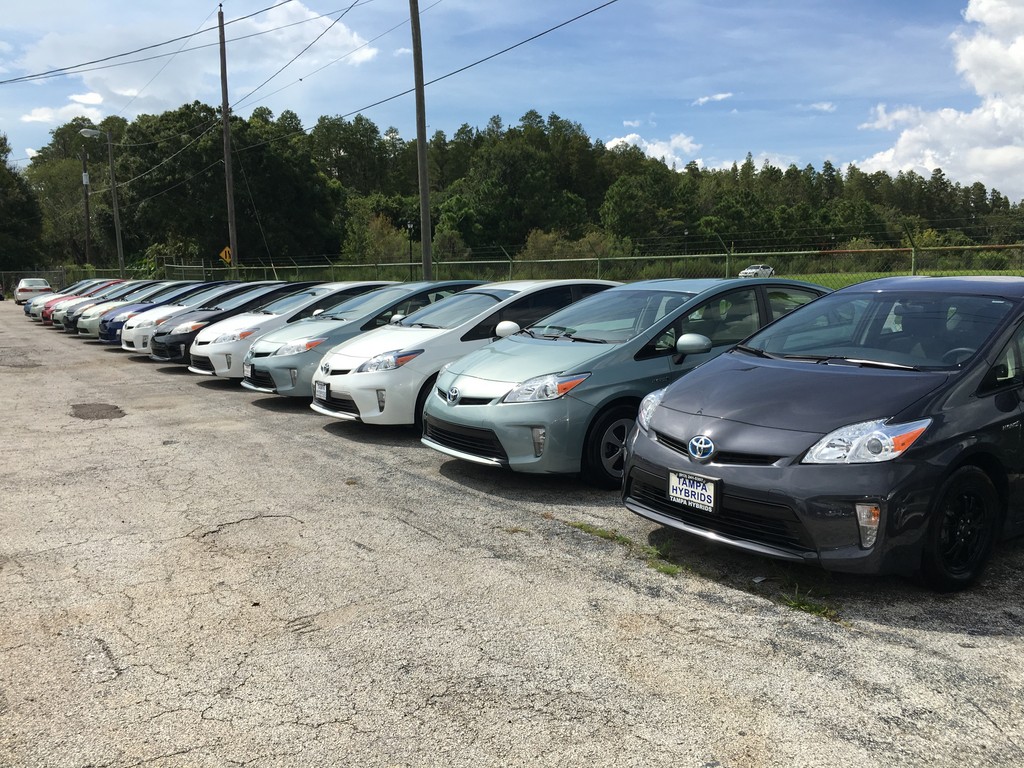 I specialize in clean, reliable, affordable, used, pre-owned Toyota Prius Hybrids and EV's. I currently stock 2nd generation (2004-2009), 3rd generation (2010-2015) models, and 4th generation (2016- current). I have been in the used car business in Tampa since 1992. I have always been fascinated by the Toyota Prius and the more I learn about them, the more I love them. The Toyota Prius is the most reliable and efficient car I have ever experienced. The Gen II Prius (2004-2009) was mass-produced with over 750,000 sold in the U.S. and 1,500,000 worldwide. The Gen III numbers are almost identical. This means replacement parts and accessories are abundant and inexpensive. It also means there is a wealth of information available when it comes to maintaining and repairing them.

If you are looking for a used Toyota Prius and a truly hassle-free experience, you have come to the right place.  I personally hand select, inspect, drive and recondition every Prius that I stock to ensure your safety and satisfaction. I have come to know the Toyota Prius inside and out since I specialize in them and do most of the repairs myself.  When you become a Prius owner you will come to agree that the Toyota Prius is a truly remarkable car in safety, reliability, efficiency and resale value; not to mention the savings on your monthly fuel bill.

I am able to keep the prices on my inventory of Toyota Prius’ low since I have very low overhead. I have no commissioned sales people; you deal directly with me.

Thank you for considering doing business with me.  I am here for you:  before, during and even after your purchase. You won't find more used Prius hybrids anywhere in Tampa.